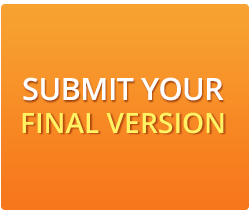 Power Electronics progress depends on the progress in its two constituent areas: System Technology and Power Management Technology, which had been traditionally developed in the past in companies specializing in either one or the other area of expertise. System Technology companies, or Power Supply companies relied heavily on the use of the components (switches, drive and control circuits) developed by Power Management companies.

The System Technology popularly known as converter topologies has changed very little in last 50 years and is, in fact, the key reason why the Power Electronics as whole has progressed much less despite the tremendous advances made by Power Management companies in developing the new switching devices with ever increasing switching devices power and speed improvements and high performance digital control circuits.

The conventional topologies are analyzed and the sources of their deficiencies are established. This, in turns, leads to the new switching methods and the corresponding novel switching converter topologies which are overcoming all these deficiencies. However, no incremental change will do, but a fresh new look is needed. Hence what is needed is: Power Electronics: A New Beginning!

Dr. Ćuk was the full-time Professor of Electrical Engineering at the California Institute of Technology until January 1, 2000 where he conducted research and taught courses in Power Electronics and Fundamentals of Energy Processing. During his 25 years at Caltech, more than 35 students obtained Ph.D. degree in Power Electronics under his guidance. More than dozen of his former students are Professors of Power Electronics in U.S. and abroad while others are leading researchers in the industry.

For the invention of Integrated Magnetics Dr. Ćuk obtained a 1991 Edward Longstreth Medal from Franklin Institute which was for the first time in its 100 years history awarded to researchers in Power Electronics. His publications include over 100 scientific papers in the Power Electronics field and a three-volume book on Switched-Mode Power Conversion.

Over a span of 20 years, Dr. Ćuk has taught a number of public and in-house courses in United States, Europe and Far East, which were attended by over 4,000 Power Electronics specialists. In 1979, Dr. Ćuk founded TESLAco. He holds over 20 patents in switching power conversion filed. Over dozen patents on Ćuk Optimum Power Conversion technology are pending or are currently in preparation.

Dr. Huang proposed the revolutionary FREEDM (Future Renewable Electric Energy Delivery and Management) System in 2007 as a novel architecture suitable for plug-and-play of distributed renewable energy and distributed energy storage devices. Motivated by the success of the Information Internet, the architecture was put forward as a transformative platform for an Energy Internet.  In the Information Internet, people share information in a plug and play manner. In the envisioned ‘Energy Internet’, a vision for sharing of the energy is proposed for ordinary citizen and home owners. Key enabling technologies required to achieve such a vision will be discussed. Among many of the key technologies, the development of advanced wide bandgap power semiconductor devices and medium voltage power electronics systems will be discussed and highlighted.

Dr. Alex Huang received his B.Sc. degree from Zhejiang University, China in 1983 and his M.Sc. degree from Chengdu Institute of Radio Engineering, China in 1986, both in electrical engineering. He received his Ph.D. from Cambridge University, UK in 1992. From 1994 to 2004, he was a founding member and a professor of Center for Power Electronics System (an NSF ERC) at Virginia Tech. Since 2004, he has been a professor of electrical engineering at North Carolina State University and he is currently the Progress Energy Distinguished Professor of Electrical and Computer Engineering. He established the NSF FREEDM Systems ERC in 2008. As part of the FREEDM System concept, he developed the original concept of Energy Internet with the Solid State Transformer serving as an Energy Router. Today, FREEDM Systems ERC is one of the most successful ERCs in the USA with support from many companies. Dr. Huang is also the lead PI and visionary leader behind NCSU’s recent success in establishing the next generation Wide bandgap power electronics manufacturing innovation institute.

Dr. Huang’s research areas are power semiconductor devices, power management integrated circuits, power electronics and its emerging applications such as those in future electric power delivery and management systems. A very active and productive research leader, Dr. Huang has mentored and graduated more than 70 Ph.D. and master students and has generated more than $200m external R&D fundings in the last 20 years.  Dr. Huang has published more than 400 papers in journals and conference proceedings, and holds 20 US patents.  Dr. Huang is the inventor and developer of the ETO thyristor technology. Dr. Huang is a fellow of IEEE and the recipient of the prestigious 2003 R&D 100 award and 2011 MIT Technology Magazine awards.

Predictive Control: a New and Powerful Technique for Power Electronics and Drives

Predictive control offers a completely new and simple alternative for the control and transformation of electrical energy using power semiconductors and microprocessors.

The talk will present the principle of predictive control and its application in the current control of a voltage source inverter, reaching very good performance.

The technique has been applied in a variety of converters: Neutral Point Clamped Inverter, Flying Capacitor Inverter, PWM Rectifier and Matrix Converter. The method is also applied in high performance drives to control speed torque and flux.
Other applications are also included in the presentation.

His field of expertise is Power Electronics and Drives. He has app 400. publications in conferences and journals. He is Fellow of the IEEE and Distinguished Lecturer on the IEEE. In 2014 he received the National Award for Applied Sciences and Technology of Chile.

The use of HVDC power systems for transferring electrical energy across large distances is growing as the mix of energy sources, including renewables, feeding our utility grids evolves.  This presentation will consider the range of Power Converter topologies that can be used for these HVDC applications and will look at the advantages and disadvantages of a range of topologies in these applications.  When we look at future systems with operating at voltages of up to 1000kV and transferring GWs of power this is certainly a demanding application for existing Power Electronic solutions.  Techniques for improving the reliability and availability of power converters in these demanding applications will therefore be considered and the use of observer techniques in reducing the dependency on sensors for control and fault detection will be explored.

The Challenge of Technological Development:
case study based on the MagLev-Cobra project for urban transportation.

The steps of technological development, from the very beginning proof of concept until the final use and commercialization, as proposed by NASA´s Technology Readiness Levels, will be the backbone of this presentation.

This evolution process will be illustrated with the MagLev-Cobra project, which proposes a magnetically levitated vehicle for urban transportation made with multiple short units, allowing curves of 50 meters radius, ramps of 10% and velocities up to 70km/h. When these short units are connected, the vehicle resembles a ‘snake’ or ‘cobra’ in Portuguese. The levitation technology is based on the repulsion and attraction forces between High Temperature Superconductors (HTS) and Nd-Fe-B permanent magnets. These materials were made available at the end of last century and until today there is no such system in commercial use.

The physical background will be revised. The historical evolution and the geographic positioning of similar projects will be presented. Technical details of the MagLev-Cobra vehicle, the materials and components employed, suppliers and costs will be disclosed. The market niches will be analysed. Issues related to innovation and patents will be addressed. Finally, questions and considerations related to the technical development in Brazil will be proposed to heat the discussion.

Dr. Stephan is member of SOBRAEP (Brazilian Society of Power Electronics) and IEEE. He served as president of SOBRAEP from 2007 to 2009. He is Titular Professor of the Federal University of Rio de Janeiro (UFRJ) and head of the Laboratory of Electrical Machines.